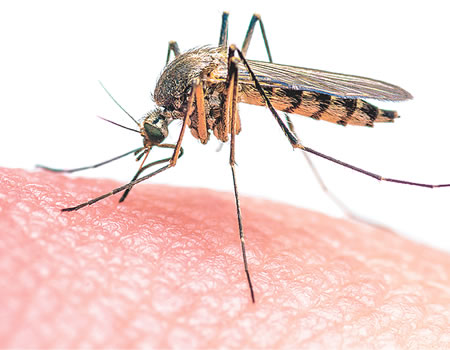 German pharmaceutical company BioNTech has announced plans to develop the world’s first mRNA-based malaria vaccine, in a potentially major step towards beating back the disease which still kills hundreds of thousands of people every year.

The German pharmaceutical company produced its enormously successful COVID-19 vaccine along with the American giant Pfizer and says it wants to start clinical trials of a shot to prevent malaria, made using similar technology, by 2022.

Normal vaccines work by injecting a weakened or dead version of a germ into the human body to develop antibodies, but mRNA vaccines work differently.

The new technology teaches cells how to make a protein that triggers an immune response, teaching the body to fight against future infections.

According to Chief of World Health Organisation, Tedros Adhanom Ghebreyesus, “the very high efficacy of two mRNA vaccines for COVID-19 has shown the world just how powerful this technology could be against many diseases, including malaria.”

Earlier this year, the team behind the Oxford-AstraZeneca vaccine developed the first effective jab against the mosquito-borne disease, with a more than 75 per cent efficacy rate.

The hope is that vaccines like this could help stop the enormous and needless loss of life every year in Africa. Roughly 400,000 people die every year of the disease in sub-Saharan Africa, more than half of whom are under the age of five. Progress in tackling the ancient disease has recently stalled.

Moreover, after a year in which African nations have struggled to acquire anywhere near enough COVID-19 vaccines to immunise their populations – all of which are manufactured overseas – BioNTech said it is looking for suitable vaccine production sites on the continent.

BioNTech said the company would fund the research and initial production of the vaccine itself. Then it will turn to partners for support with large-scale trials.

Scientists have said that mRNA technology could “open the floodgates” for developing vaccines against many other life-threatening conditions.

BioNTech also plans to start a clinical trial to test a vaccine against tuberculosis in 2022. The organisation is also receiving support from the European Commission and the Bill and Melinda Gates Foundation and the World Health Organisation.

YOU SHOULD NOT MISS THESE HEADLINES FROM NIGERIAN TRIBUNE

We Have Not Had Water Supply In Months ― Abeokuta Residents

In spite of the huge investment in the water sector by the government and international organisations, water scarcity has grown to become a perennial nightmare for residents of Abeokuta, the Ogun State capital. This report x-rays the lives and experiences of residents in getting clean, potable and affordable water amidst the surge of COVID-19 cases in the state.  BioNTech to develop malaria vaccine