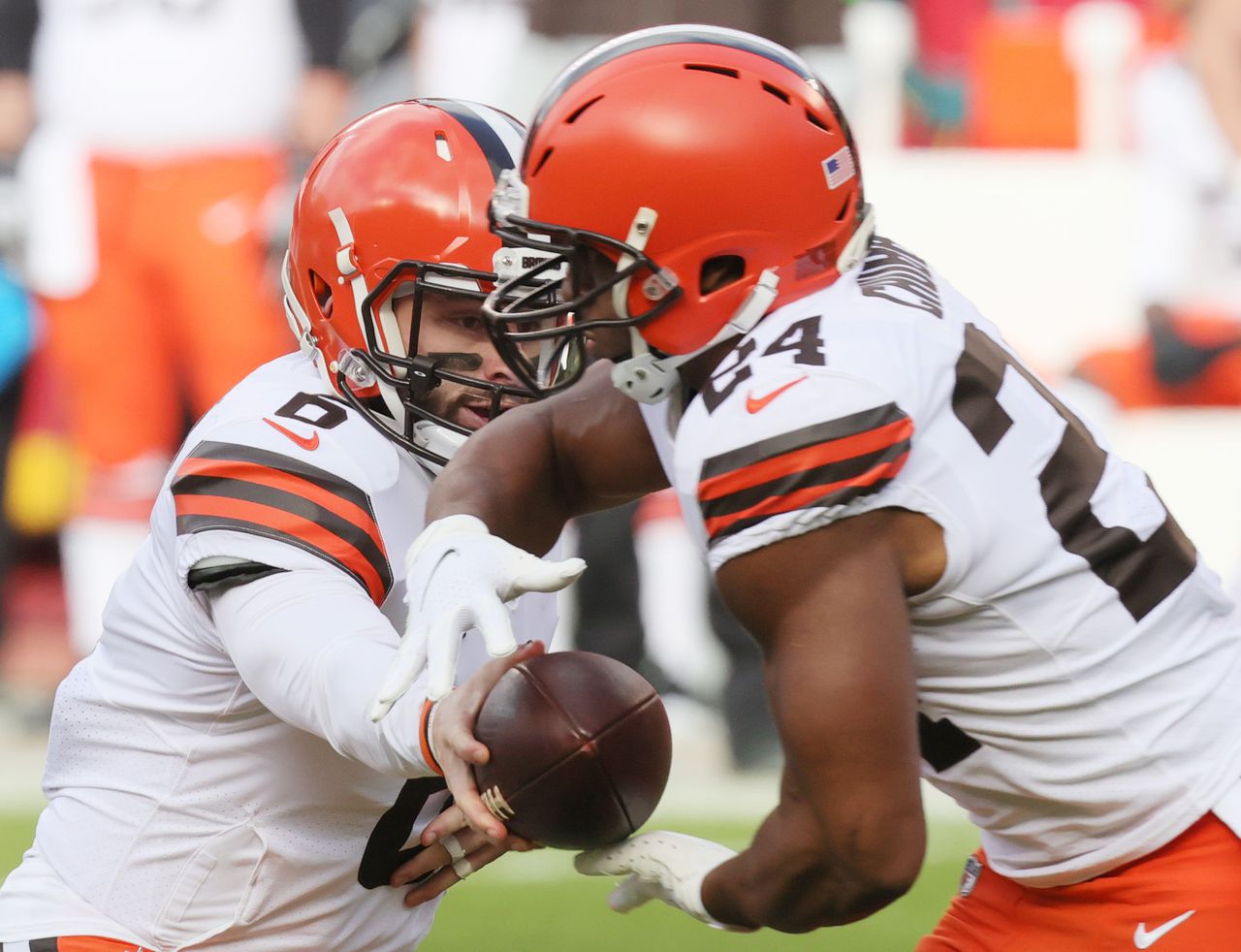 They agreed with Chubb, 25, to a three-year contract extension Saturday worth $36.6 million, including $30 million in total guarantees, cleveland.com has confirmed. The deal includes $20 million fully guaranteed. Josina Anderson first reported it was close, and sources told cleveland.com they’ve closing in on it for about three days.

The extension keeps Chubb in Cleveland through 2024, when he’ll turn 29 in December. The new-money average of $12.2 million ranks sixth in the NFL.

“Please pay that man,” Hunt said last month during his youth football camp at Willoughby South High School, where he played football. “He’s a freak of nature. And he’s a brother to me, and I love what he does on and off the field. Just a great person and teammate.”

The Browns feel the same way about Chubb, their No. 35 pick in the second round of 2018 out of Georgia and a two-time Pro Bowler.

“I think you all know the affinity that we have for him both as a player and as a person,” Browns GM Andrew Berry said in March.

“He’s just a special guy, man. Like great teammates in my eight years here, Nick Chubb’s one of them,” Bitonio said. “He just does everything right off the field, on the field, you never hear him complain or really never hear him at all.”

“[It’s] His uncanny ability to not get tackled. It’s broken tackles, stiff-arm, juke, finishing, speed, he just kinda does it all. and you really know what you’re going to get because there’s times where he can run someone over or run through somebody. There’s other times where he just runs down the sideline.’’

Chubb is the first of four big extensions the Browns have been working on to get done, including those for Baker Mayfield, Denzel Ward and Wyatt Teller. Mayfield and Ward have had their fifth-year options for 2022 picked up, and Teller is heading into the final year of his deal.

“I think with [Chubb] and Kareem, the more runs we get called, the more we have a chance to lean on the defense, so there’s going to be a bigger chance to break those. I know a lot of those yards came from big runs to end the game. He’s just a special guy, man.

“It’s special to block for that guy and Kareem, as well. It’ll be tough, but let’s get 10 yards a carry in the fourth quarter again this year, and we’ll be in a good spot.’’

Chubb, who was heading into the final year of his rookie contract, made it clear last month that he didn’t want to leave Cleveland, which has become his second hometown.

“I don’t like uncertainty, and I know here in Cleveland what I have with the players and coaches,’’ he said during minicamp. “This is the City of Cleveland, and I don’t know how things will be anywhere else. So Cleveland is where I want to be and that is my main focus – to be here in Cleveland.”

Chubb, who rushed for 1,067 yards and 12 touchdowns in 12 games last season while missing four with a sprained MCL, acknowledged it would mean a lot to be here long-term.

“Cleveland drafted me however many years ago it was, trusted me and put their faith in me to come here and help build this culture of this team I’ve been a part of it,’’ he said. “I feel like, yeah, Cleveland is where I want to be and hope everything can work out in that direction.”

According to Pro Football Focus, Chubb is the No. 4 running back in the NFL heading into the season. Over the past two seasons, he has the best broken-tackle rate in the NFL, with 124 on 488 carries.

“I hope we can pick up where we left off,’’ he said. “We had a great team last year and did some great things. It is still a process. We cannot come in here and get too far ahead of ourselves. We have got to still take it day by day, play by play and just continue to get better in every area.”

He said he worked out this season with the goal of becoming “bigger, faster, stronger.” He also worked even harder on his hands after dropping back-to-back passes in the 22-17 loss to the Chiefs in the divisional round.

Chubb and his good friend Kareem Hunt came up short on reaching their goal of both rushing for 1,000 yards, but that was in part because Chubb missed the four games. Hunt finished with 841.

Chubb took to heart Stefanski’s mandate last season to sit with the Chiefs loss in the divisional round and use it as motivation to advance deeper into the playoffs this year.

“I hope we can pick up where we left off,’’ he said. “We had a great team last year and did some great things. It is still a process. We cannot come in here and get too far ahead of ourselves. We have got to still take it day by day, play by play and just continue to get better in every area.”

Arguably the best pure runner in the NFL, Chubb has rushed for 1,000 yards in each of the past two seasons, and came only four short in his rookie year after first eclipsing the milestone in the final game and then losing yardage on a run.

In the 48-37 wild-card victory over the Steelers, Chubb totaled 145 yards on 22 touches, including a 40-yard TD catch in the fourth quarter that helped seal the victory.

Get the latest Browns merchandise: Here’s where you can order Cleveland Browns gear online, including jerseys, T-shirts, hoodies, hats and much more.

DePodesta, Berry, Stefanski’s contracts are aligned, and more from Haslams

Williams, Hill had their speed, quickness tested on Day 3

Browns go deep and a closer look at the DBs: Day 3 walkoff thoughts

Ward bulks up and works on his ball skills: Day 3 observations

RBs see passes in practice, but not so much in games … yet

Reactions to Day 3 of camp: Orange and Brown Talk

Berry: Over 90% of players have started vaccination process 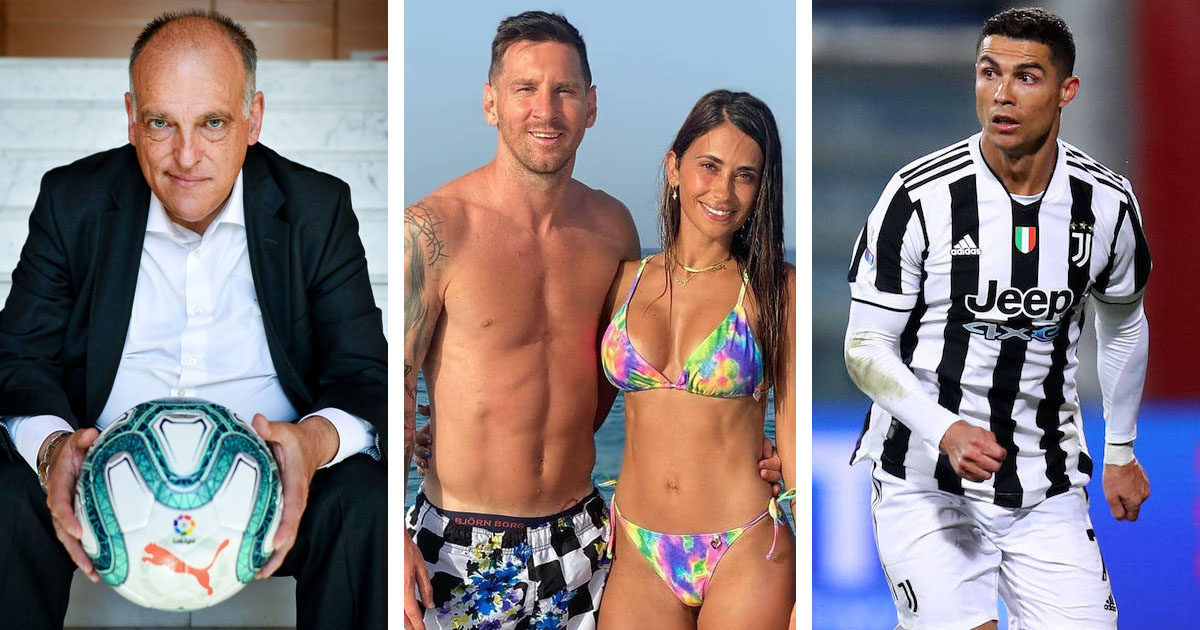