Now, he is adopting a tougher approach as caseloads surge: vaccine requirements and blame.

Instead of merely asking Americans to get vaccinated, the President on Thursday is set to take his first step toward ordering it. In afternoon remarks, Biden is planning to announce that all federal employees must attest to being vaccinated against Covid-19 or face strict protocols including regular testing, masking and other mitigation measures, according to a source with direct knowledge of the matter.

It’s not a mandate, officials insist, and most federal employees who do not get vaccinated will not lose their jobs as a result.

As vaccination rates have fallen across the country, Biden has become increasingly frustrated. During his speech Thursday, he also plans to directly address the millions who have procrastinated or outright refused to get vaccinated.

The federal worker directive, which has been under review by the administration for several days, will be delivered in sterner terms than Biden has used previously, one official said. It marks a sharp strategic shift for the White House as it urgently moves to address the spread of the highly transmissible Delta variant.

Officials said the administration was still finalizing details of the announcement, including how it might be implemented across the sprawling federal bureaucracy. It is not expected to apply to the military. The announcement itself is likely to be quite broad, with the details left to individual agencies to sort out. It’s possible different agencies, and different types of workers, will face different requirements.
But the goal, according to aides, is to render being unvaccinated so burdensome that those who haven’t received shots will have little choice other than to get them. It’s an approach being tested by leaders in Europe, including France’s Emmanuel Macron, who required either proof of vaccination or a negative test at public venues. And some states, including New York, have also said government employees must either prove they’ve been vaccinated or be tested weekly.

At earlier stages in the pandemic, Biden resisted steps that would require people to provide proof of vaccination. The White House flatly rejected the notion of “vaccine passports” in April. Attendees at a major July Fourth party were not expected to show their US Centers for Disease Control and Prevention vaccine cards. And as recently as Friday, the White House said it was the role of private-sector entities and local communities to mandate vaccines, not the federal government.

Biden’s aides still say they do not believe he has the power to require all Americans to get shots. But his oversight of the federal workforce, they believe, can be a powerful model to other employers considering their options on mandating vaccines. One of the principal motivators behind Biden’s vaccine requirement for federal workers is providing a model for private companies and local governments considering similar rules for their own employees, according to administration officials.

A recently posted legal opinion from the Justice Department finding that federal law doesn’t prohibit public agencies and private businesses from requiring Covid-19 vaccines could also give cover for businesses to require their employees to be inoculated.

Officials wanted to announce the requirement before agencies and private businesses return their workforces to offices in the fall to give them time to implement the changes and to allow workers time to get fully vaccinated.

Dr. Rochelle Walensky, director of the CDC, said Wednesday on CNN that health passes for the fully vaccinated, such as those used in parts of Europe, “may very well be a path forward.”

But she acknowledged there was little the federal government could do to require vaccines in the broader population.

“We can provide this advice, but we can’t mandate it at the federal level,” she said. “Those are all jurisdictional discussions and jurisdictional mandates. We are hoping that our advice will lead to more and more jurisdictions leaning in to get more people vaccinated.”

With the Delta variant rising and new mask guidelines suddenly in place, the White House is in a far different mindset than officials had hoped at the beginning of July. For weeks, great pains were taken not to even utter the word “mandate” inside the West Wing, for fear of alienating Americans or injecting even more raw politics into the pandemic.

Yet over the past week, a determination has been reached inside the White House that moving slowly and strategically was no longer the best course of action. The Delta variant was moving far faster, one official said, and it became untenable to ignore that point, so adjustments have been made on the fly.

Word of a bipartisan deal on part of the President’s infrastructure plan Wednesday was one of the few bright lights in the West Wing, where the fight against Covid has become “stubbornly frustrating,” in the words of a top Biden adviser.

“We were winning the fight against Covid, but no one ever said it was over,” the top Biden adviser said, adding that blame should be placed on the unvaccinated, not those who were following the rules. “Now that’s more clear than ever. It’s not over.”

New indoor mask guidelines for vaccinated Americans that the CDC unveiled this week have only exacerbated the sense that inoculated people are still being asked to sacrifice because a sizable portion of eligible adults won’t get shots.

Biden, who along with senior aides has been careful over the past several months to avoid directly criticizing vaccine holdouts, did not hold back ahead of the CDC’s announcement.

“We have a pandemic because of the unvaccinated, and they’re sowing enormous confusion. And the more we learn about this virus and the Delta variation, the more we have to be worried and concerned,” he said on Tuesday.

It was a striking departure for Biden, who until now has mostly refrained from directly blaming the unvaccinated for extending the pandemic. Last week, his press secretary said it was not the White House’s goal to “place blame” for the surge. Earlier this month, Vice President Kamala Harris told a crowd in Detroit that it was important to convey empathy for those still unsure about vaccines.

“Let’s do this in a way that we don’t judge anybody,” she said. “We’re not looking down on anybody.”

That was not the attitude Biden took on Tuesday as the new mask guidelines went into effect.

“If those other hundred million people got vaccinated, we’d be in a very different world,” he said. “So, get vaccinated. If you haven’t, you’re not nearly as smart as I said you were.”

White House officials have been heartened to see a recent uptick in vaccination rates after weeks of steady decline.

The daily pace of people getting their first shots is the highest it’s been in three weeks, CDC data showed on Wednesday. On a seven-day average, 382,106 people are starting their vaccinations each day. That’s a 35% increase over last week’s pace.

Still, it is dramatically lower than the pace set by millions who were receiving shots every day earlier in the pandemic.

It was not clear ahead of Thursday’s announcement how many people in the federal workforce have not been vaccinated. The federal government does not currently ask employees for their vaccination status, according to guidance provided to agencies by the White House-led Safer Federal Workforce Task Force.

White House officials have reached out to key union representatives over the last two days to lay the groundwork for Biden’s decision to require federal employees to get vaccinated, according to two people familiar with the discussions.

Despite Biden’s close ties to labor — and AFL-CIO President Richard Trumka’s public comments supporting vaccine mandates for workers on Tuesday — the conversations with both public- and private-sector union officials haven’t been seamless, the people said. Some representatives raised concerns about the speed with which the White House was moving toward a position the West Wing hadn’t previously endorsed, as well as potential pushback from union members.

Still, to this point there haven’t been significant public grumblings from any national labor groups — something one source attributed at least in part to the recognition through the conversations that the White House had already decided to move forward.

“It was less of a ‘What do you think about this?’ conversation and more of a ‘Here’s what we’re doing’ conversation,” one of the people said.

One of the principal motivators behind Biden’s vaccine requirement for federal workers is providing a model for private companies and local governments considering similar rules for their own employees, according to administration officials. 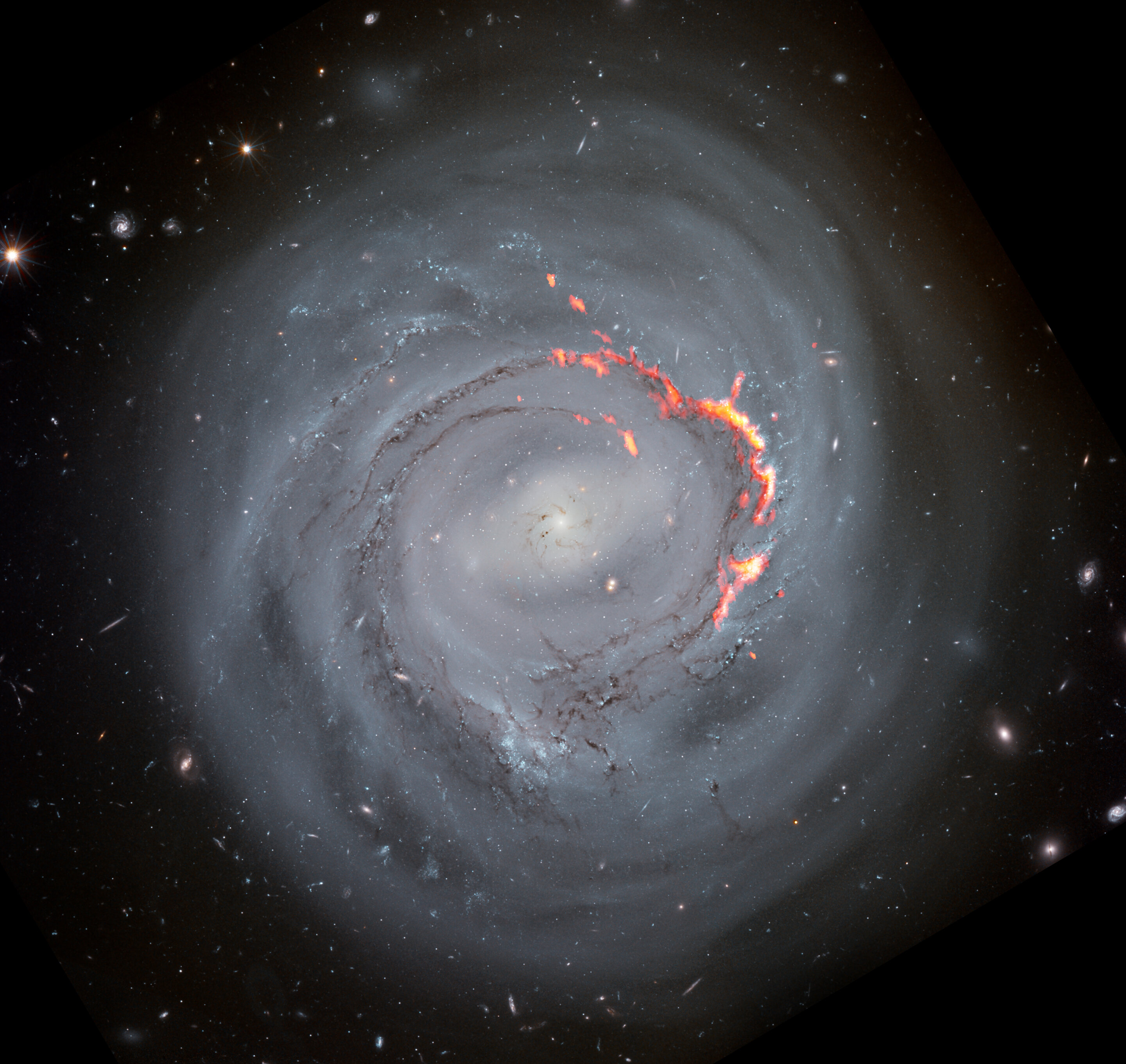