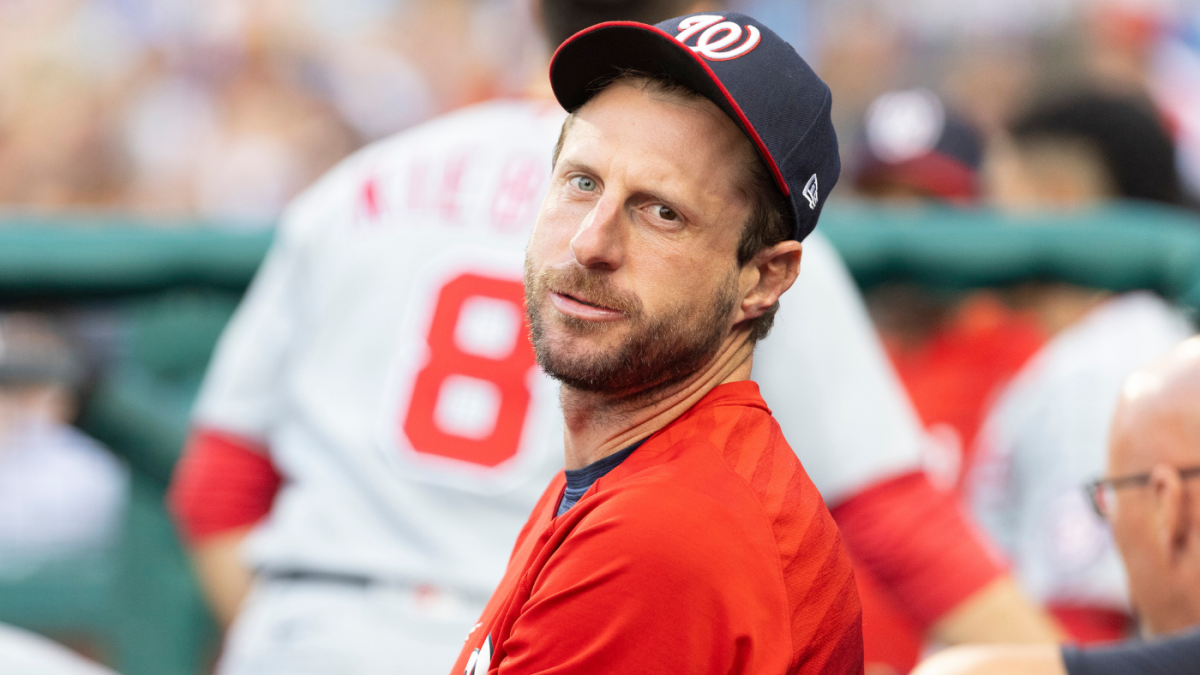 The Los Angeles Dodgers have agreed to a deal that will see them acquire Nationals ace Max Scherzer along with All-Star shortstop Trea Turner, according to ESPN’s Jeff Passan. CBS Sports HQ’s Jim Bowden confirmed the deal that will send four prospects to Washington, including catcher Keibert Ruiz and right-hander Josiah Gray. Earlier in the day, the Padres were close to a deal to acquire Scherzer, per Bowden, but that deal was never finalized.

Instead, the reigning World Series champions are set to pull off one of the biggest trade deadline blockbusters in recent memory. Here’s a look at the full, six-player deal:

Scherzer, the top pitcher on the trading block, missed a recent scheduled start because of triceps discomfort, but he laid those concerns to rest with a strong outing against the Phillies on Thursday. He allowed one run in six innings and in his final frame Scherzer registered 97 mph with his fastball. On the season, Scherzer has pitched to a 2.76 ERA with 147 strikeouts and 28 walks in 111 innings. In other words, he’s been close to peak in 2021. He’s owed the balance of a $34.5 million salary for this season and is eligible for free agency this coming winter.

Thanks for signing up!

Keep an eye on your inbox.

There was an error processing your subscription.

Scherzer joins a rotation that is currently without three members of the Opening Day starting five: Clayton Kershaw is on the injured list (but expected back soon), Dustin May is out for the year following Tommy John surgery, and Trevor Bauer is on administrative leave while the police and league investigate sexual abuse allegations. Scherzer gives the Dodgers another frontline arm, and, just as importantly, keeps him away from a division rival, be it the Giants or Padres.

Turner, who had reportedly expressed a desire to stick at shortstop, figures to serve as the Dodgers’ primary second baseman with Corey Seager is expected back on Friday. Turner hasn’t played the keystone since the 2016 season, though it stands to reason that he’ll make a quick adjustment. One interesting subplot here is whether or not the Dodgers envision Turner sliding back to shortstop after the season, with Seager hitting free agency. For now, the Dodgers don’t have to worry about that; they’ll have both in the lineup provided they can stay healthy.

Scherzer originally joined the Nationals on a seven-year deal worth $191 million prior to the 2015 season. That contract now stands out as one of the best free-agent deals ever handed out to a pitcher. Scherzer’s situation was more complex than the normal trade candidate for a variety of reasons. He possessed the ability to veto any trade thanks to his 10-5 rights, a fancy way of saying that he had more than 10 years of big-league service time and at least five consecutive with his current team. On top of that, the Nationals’ deadline direction was unclear until recently, and owner Ted Lerner has been known to squash deals in the past, including a 2018 agreement that would have sent outfielder Bryce Harper to the Houston Astros.

As for Washington’s return, Ruiz, 23, is a switch-hitter who has appeared in eight big-league games. He’s spent most of this season in Triple-A, hitting .311/.381/.631 with 16 home runs and nearly as many walks (23) as strikeouts (27). Ruiz’s power gains (he’d previously never homered more than 12 times in a season) have been accompanied by a drastic shift in his batted-ball profile: according to FanGraphs, his groundball rate has dipped from 49 percent to 24 percent. If those changes are here to stay, he could prove to be the ever-rare two-way backstop.

Gray, 23, only recently made his big-league debut. He’d made four appearances at Triple-A this season, compiling a 2.87 ERA and a 11 strikeout-to-walk ratio. Gray has shown four pitches: a mid-90s fastball, two breaking balls, and a changeup. He has a track record of throwing strikes and should be able to step into Scherzer’s vacancy in Washington’s rotation.

Carrillo, 22, is a small right-hander with a big arm. In Double-A this season, he’s thrown 59 innings with a 4.25 ERA and a 2.41 strikeout-to-walk ratio. He has good stuff, including a mid-90s fastball and slider, but his command is below-average. That, combined with his short frame, could spur a move to the bullpen sometime between now and his big-league debut.

Casey, 25, has spent the season at Double-A, hitting .296/.362/.462. Those marks appear respectable enough … except he’s old for the league and he’s struck out in more than 30 percent of his plate appearances. He’d be doing well to become a reserve outfielder.