It’s time for the final day of Olympic swimming, and this final day looks poised to provide plenty of drama.

The United States is running away with the total medal count — 26 to Australia’s 18 — but the race for gold remains close. The Americans have eight such medals, with the Aussies claiming seven.

Fortunately for U.S. swim fans, Caeleb Dressel is expected to swim in a pair of events on Saturday. He will race the first event, the men’s 50-meter freestyle, and should be on either of the butterfly or freestyle leg of the men’s 4×100 medley relay to end the night. American Abbey Weitzeil will swim in the sixth lane of the women’s 50 freestyle, but Australian Emma McKeon is favored to win the event and pick up her second gold medal.

Then the U.S. will have Bobby Finke go for his second distance freestyle gold when he races as the second seed in the 1500 freestyle. After that are the women’s 4×100 medley relay and the men’s 4×100 medley relay. Both are expected to be close finishes, with the U.S., Canada and Australia vying for medals in each of the two events.

Sporting News will be providing live updates and highlights from each event during the eighth day of Olympic swimming finals.

With the exception of July 31, each day will begin with heats starting at 6 a.m. ET and will end with finals races starting up at 9:30 p.m. ET each day. The USA Network will carry the heats in the United States and NBC will have the finals, while CBC will provide coverage of both events in Canada.

Those in the United States hoping to see replays of the qualifying heats can tune into NBC every afternoon to see how swimmers performed earlier in the morning. 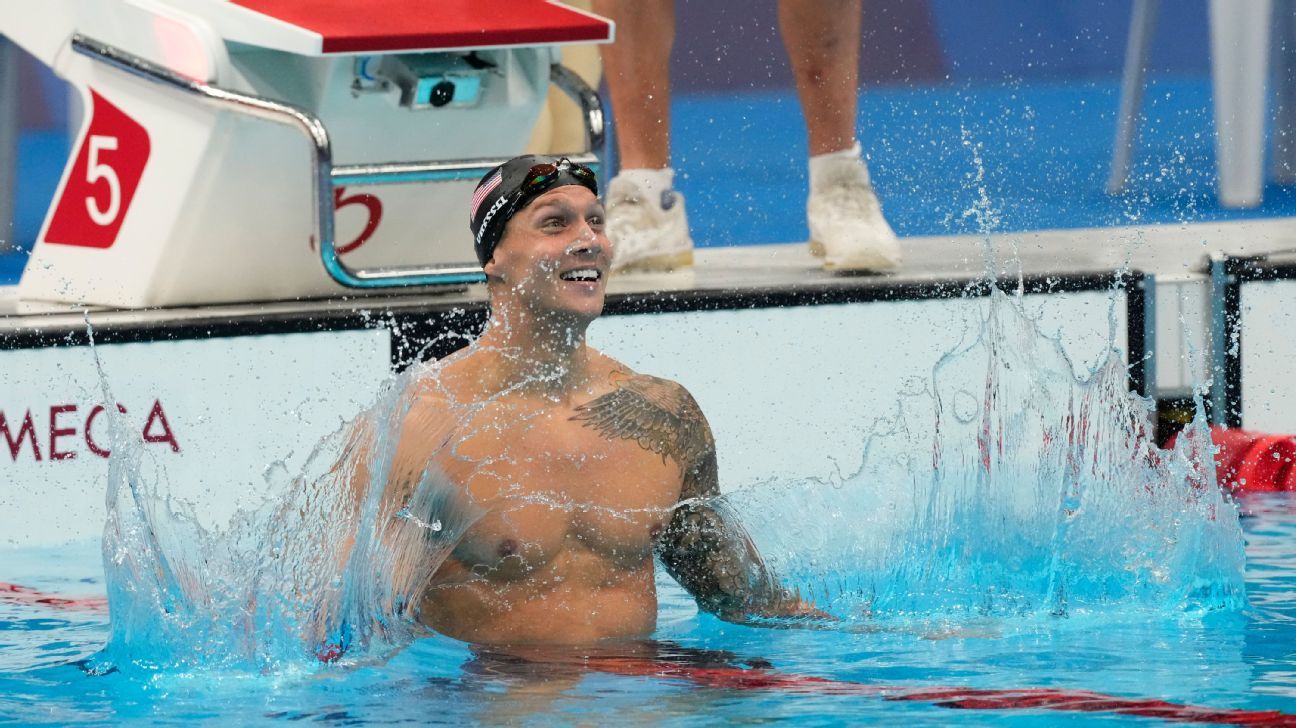