Norway’s Karsten Warholm and the United States’ Rai Benjamin were tabbed to run the best race of the 2021 Tokyo Olympics, and neither runner disappointed in the men’s 400-meter hurdle final on Monday.

Warholm claimed gold and broke his own world record with a time of 45.94 seconds in the final, followed closely by Benjamin (46.17) and Brazil’s bronze-medalist Alison dos Santos (46.72). Warholm set the previous world-record mark (46.70) at the Diamond League on July 1, breaking the 29-year-old record of American Kevin Young (46.78, set at the 1992 Barcelona Games).

Warholm and Benjamin both smashed the former’s previous world record, while all three medalists beat the mark set by Young in 1992. To put into context how impressive Warholm’s run was, consider that it bested 23 Olympic sprinters who ran in Sunday’s 400-meter preliminaries — without hurdles.

TRACK AND FIELD RESULTS: Updated 2021 medal winners for every event at Tokyo Games

Warholm wasted no time out of Lane 6, quickly overtaking the racers to his left while Benjamin trailed close behind. The Norwegian built a big enough lead to hold off Benjamin’s comeback attempt coming out of the final turn, claiming his third international gold after claiming world championships in 2017 and 2019.

Naturally, the incredible race generated quite the reaction on Twitter:

Karsten Warholm ran 400m in 45.94 — while jumping over hurdles — which was better than 23 Olympic sprinters did without the hurdles.

If you follow/know track, you know that it is basically not possible, but it was just achieved.

The Viking delivers again… amazing! Wow 🤯… Warholm the machine. Untouchable. New WR again… 45.94. We have people struggling to run that time in the flat 400m 🤪

Hell, dos Santos in third almost broke the WR and wasn’t even close to them.

WARHOLM. BENJAMIN. WE JUST WITNESSED THE GREATEST COMPETITION IN THE HISTORY OF TRACK IN FIELD, REGARDLESS OF EVENT. WHAT A SHOW!!!

Karsten Warholm (NOR) dragged everybody along with him.

Look at these times – area records, national records and PBs all over the place! pic.twitter.com/b9qAVtjnUt 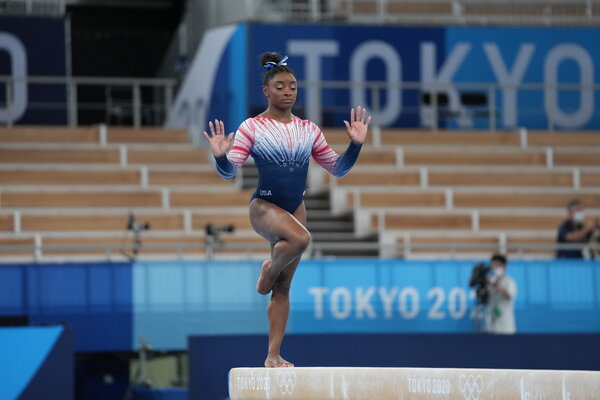